Evanescence are back—again. Six years since their last album, 2011’s Evanescence, and 14 since their Grammy-winning breakthrough Fallen, the Southern gothic stalwarts are set to return with their most unusual project to date: Synthesis, an album featuring orchestral arrangements of some of their best-known and most-loved songs, with Amy Lee’s unmistakable voice out front as always.

Evanescence—now comprising Lee, drummer Will Hunt, guitarist/background vocalist Jen Majura, bassist Tim McCord and lead guitarist Troy McLawhorn—have always thrived on a deliciously dissonant sound, a potion of gothic imagery, metal guitars and pop craftsmanship that produced early hits like “My Immortal” (from 2000 demo Origin) and “Bring Me to Life,” the Fallen smash that would solidify the group’s signature recipe. The relationship between organic and electronic has always been at the core of Evanescence’s music, and on the sprawling Synthesis, Lee has brought it to its most dramatic form.

“That is the basic idea of the title of everything: Synthesis,” said Lee, who joined Paste at Steinway Hall in Manhattan recently for an exclusive listen to Synthesis, out Nov. 10. “Those two seemingly opposite things married together in a very beautiful way, where it’s not about contrast, but about them actually working together.”

The record will also include two new songs, “Hi-Lo” and “Imperfection.” Lee explained that the converging of old and new also echoes the project’s vision, noting, “That’s the other point of that word ‘synthesis’—past and present. Revisiting songs like ‘My Immortal,’ but in a place of now. Also, tying the new music into it and creating this thing that all flows together into one moment, but it’s actually going back and into the future.” 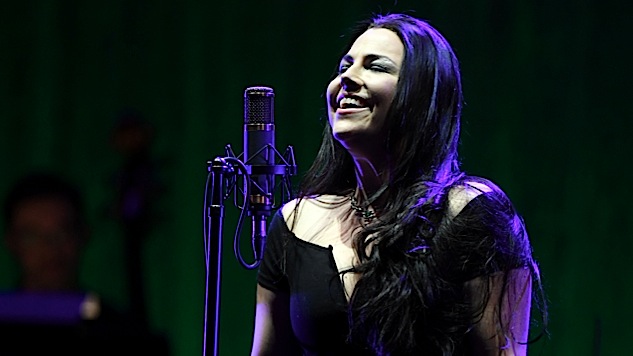 Synthesis, Evanescence’s fourth official full-length release, is truly a feat of 21st century technology, as much of the work was accomplished via file-sharing. Lee originally met with her primary collaborators, producer Will Hunt and composer/arranger David Campbell, at her home studio in New York to sift through the band’s oeuvre and decide on which tracks to revisit. Then they scattered across the country. “Will is in Texas, Dave is in L.A., and I’m here in New York,” Lee said. “We couldn’t be farther apart on a map.” But they were able to put the project together remotely. “It was all file-sharing. It was the craziest, techiest, funniest Drop Box experience.”

Though Campbell was given much freedom and power as the head of the orchestra, the project is ultimately Lee’s brainchild. Describing her vision for the album, she said, “I wanted everything to have its own moment to shine on this. Instead of it just being building on top of the songs that we already have that you guys have already heard, a lot of it was actually subtractive. I wanted there to be moments where you were hearing nothing but orchestra and vocals; I wanted there to be moments where it was really focusing on the electronic side; I wanted there to be times when it was literally just a vocal. I wanted to leave room for everything so you can truly appreciate everything that’s going on at the same time.”

Bringing a project of this breadth on tour would be intimidating for any group, but Lee and her team are adding another complicating element: they’re meeting a new backing orchestra in every city they visit. There’s one shot to get it right, and the regular members of Evanescence will never be able to truly settle into a groove. Lee expressed excitement at the prospect. “I think there’s gonna be a new nakedness where anything could happen,” she said, pointing to a process of continual reinvention. “That’s the way music feels to me when I’m really at my most comfortable place. Like, when I’m alone by myself at the piano. That’s how it’s supposed to flow.”

Sitting behind one of her favorite pianos at Steinway, Lee occupied that comfortable space while in conversation with Paste. Watch the full interview above, and watch Lee’s solo performance of “Good Enough,” from Evanescence’s 2006 album The Open Door. [Source]

Amy Lee on growing up, being cool, and sexuality in music