Amy Lee: I had to step away from being a rockstar

When Evanescence unleashed Fallen in 2003, they inspired a generation. But for Amy Lee, it was the start of a decade-long struggle to control her own destiny

Amy Lee is in a playful mood. Despite talking to press all day, the Evanescence singer and gothic rock superstar is warm and chatty, anticipating our next question with a, “C’mon, what you got, whatcha got?” and giggling. “You’re my last in a looong block of interviews,” she tells us in her throaty, sing-song voice before we begin – but to her credit, it’s clear that when it comes to talking about Evanescence, she’s so fiercely proud of her band that she relishes the chance to set a few things straight.

Over 22 years, Evanescence have continued to defy expectation. From their humble, teenage beginnings in the 90s to the overwhelming breakthrough of Bring Me To Life, the song that became ubiquitous on every music channel for its iconic depiction of Amy Lee as a kind of gothic Rapunzel, to their new record Synthesis, an orchestral retrospective of their career, there’s a lot of ground to cover. Yes, with just three studio albums in 20 years, they’ve appeared to have some long breaks, but Amy is adamant that it’s all part of a process that’s allowed the band to continue.

“People are like, ‘Oh, so you’ve been hanging out and doing nothing for five years, how come?’” she says sardonically, referencing the last hiatus following their third, self-titled album, released in 2011. “It’s never like that! We toured for a year and a half, and then, you know, I had a baby, blah, blah, blah…” she trails off, laughing.

It quickly becomes apparent that she has a tendency to inject humour and gloss over some of the more personal aspects of her life, serving as another reminder that we’re talking to someone who at one time was a bona fide megastar, thrust into the limelight at 21. When she gets serious is when talking about her music, explaining the need for her latest break: “To make something you really mean, for me, means I have to go live my life for a while, figure out who I am again and have some experiences I need to get off my chest. I need to step away and not feel like a–” she hesitates before saying the next word – “a ‘rockstar’ any more. I need to go be Amy.”

“And it’s beautiful, because as much as I’ve been ready and willing to abandon it completely, it always leads me back to Evanescence,” she says with certainty. “I’m very proud, still – more than ever, even – of our oldest music. It’s not anything I’m ashamed of.” [Source] 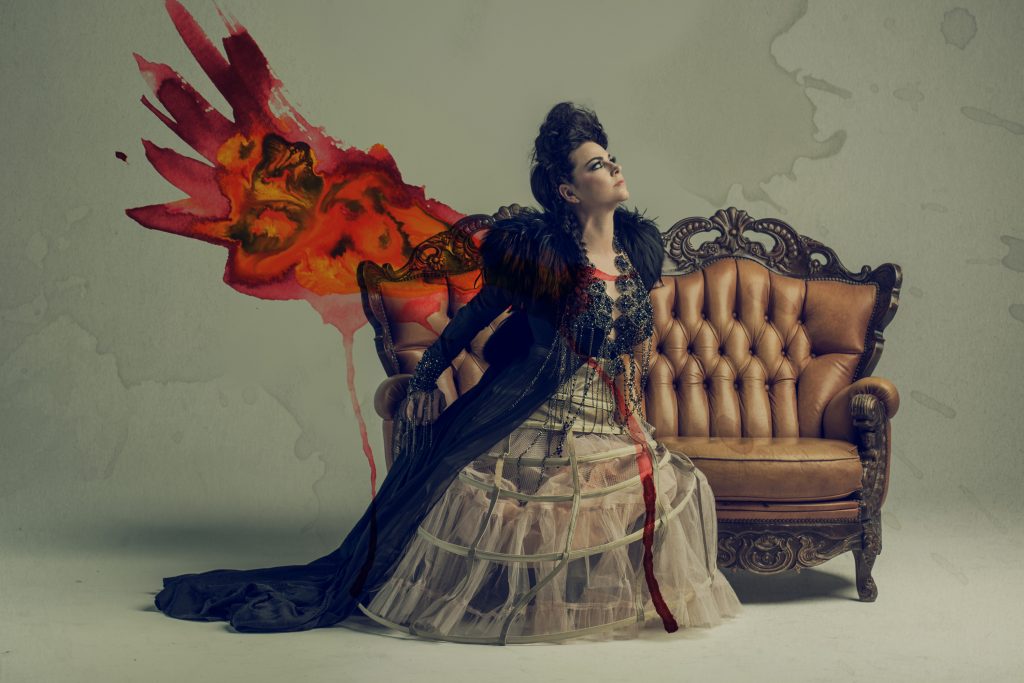 Watch the final episode of “Inside Synthesis”