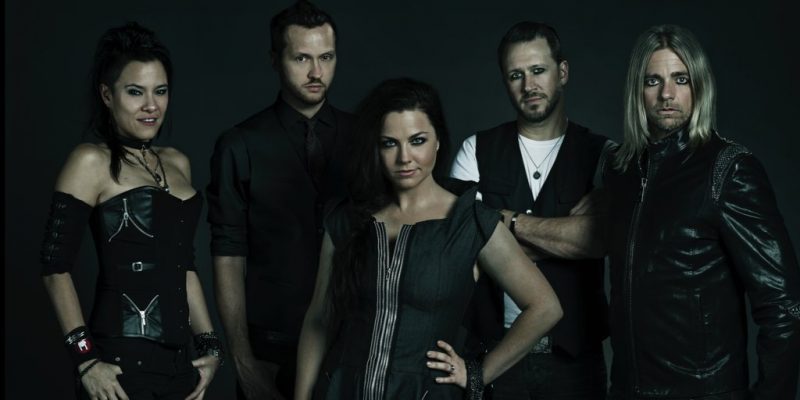 Check out some of their past live performances here! 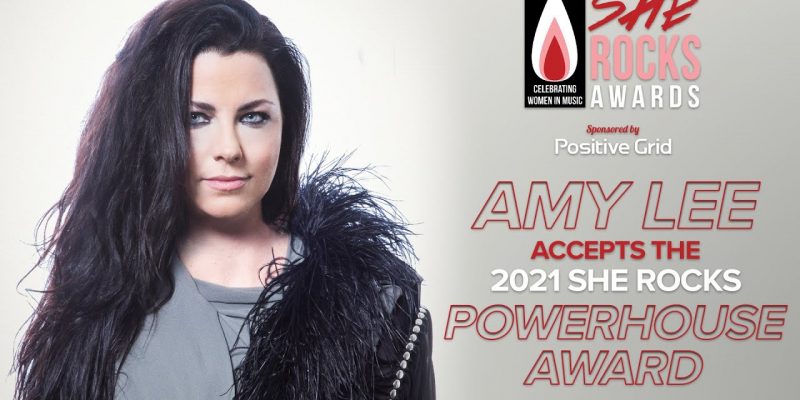 Welcome to the She Rocks Awards sponsored by Positive Grid. Check out inspiring speeches and performances by The Go-Go’s, Nancy Wilson of Heart, Amy Lee of Evanescence, Margaret Cho, Cherie Currie, Cindy Blackman Santana and many more. Watch it live!

– The Go-Go’s—the first all-female band to top the Billboard charts that both wrote their own songs and played their own instruments
– Nancy Wilson—GRAMMY award-winning member of the multi-platinum band Heart
– Cherie Currie—founding member of the pioneering all-female rock band The Runaways
– Cindy Blackman Santana—respected jazz and rock drummer with Santana and Lenny Kravitz among many others
– Amy Lee—co-founder and lead vocalist for the rock band Evanescence
– Margaret Cho—Emmy and Grammy-nominated stand-up comedian, actress, fashion designer, author, and singer-songwriter
– Starr Parodi—composer, pianist, conductor, arranger, music director and president of The Alliance For Women Film Composers
– Ann Mincieli—Grammy-winning recording engineer, studio coordinator for Alicia Keys and co-founder of NYC-destination studio Jungle City
– Sharon Hennessey—co-president and co-owner of The Music People
– Gwen Riley—Senior VP of Music for Peloton Interactive
– Kim Warnick—Director of the non-profit group Calling All Crows

Look who’s joining us for some European dates! Stoked to bring the dark, luscious vibes of @VERIDIA with us on our journey across the sea. https://t.co/KicDxGeuIQ pic.twitter.com/YvDzKqwPhz

Check out Evanescence’s Lithium from their live DVD and remember you can Stream and download Synthesis Live @ https://evanescence.lnk.to/SynthesisLiveID

Synthesis Live by Evanescence is now available for pre-order on iTunes: https://apple.co/2MK9R9H 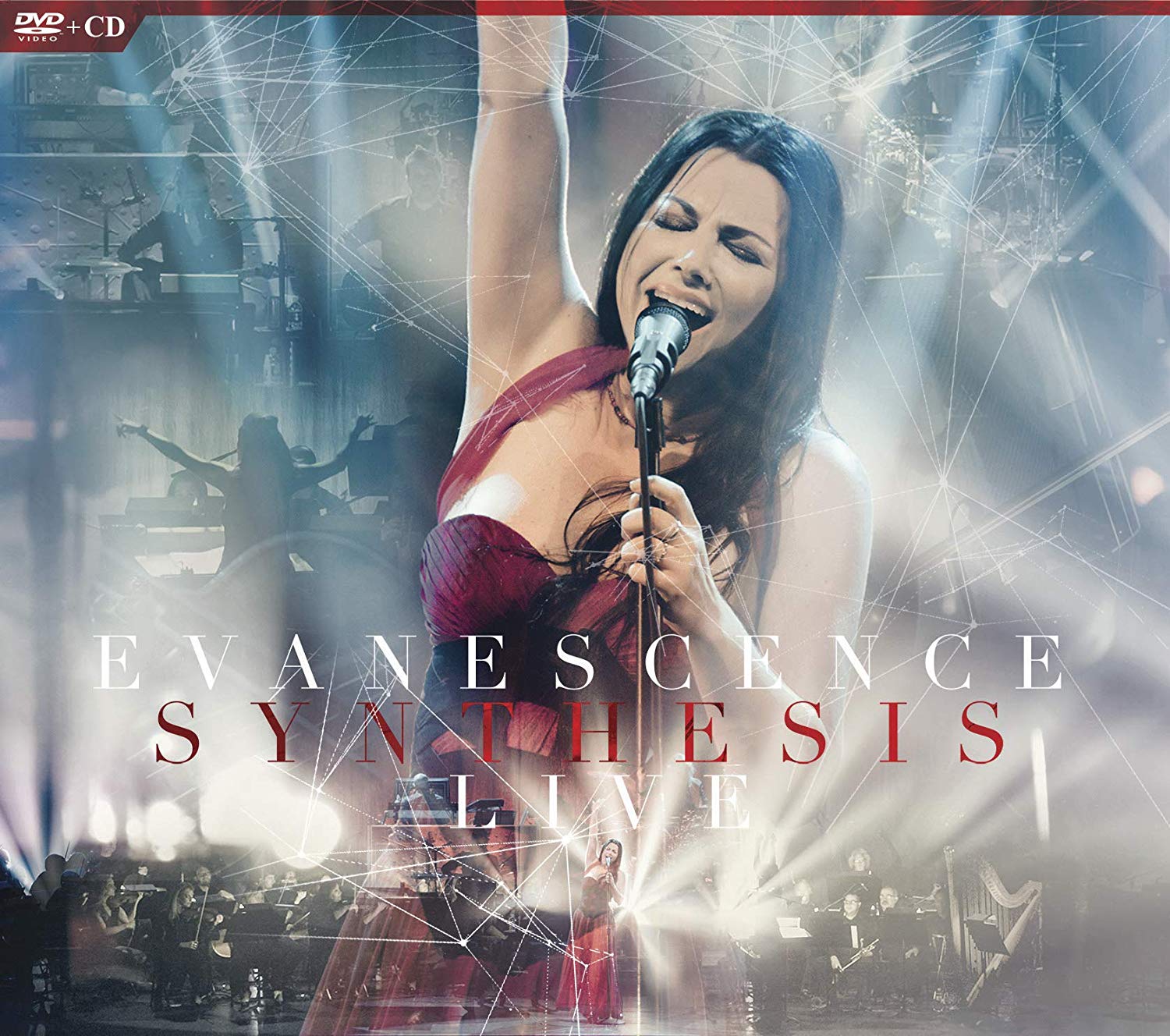 Premiere Of My Immortal From Synthesis Live DVD

Ahead of the release of their forthcoming new Synthesis Live DVD, Evanescence are premiering a show-stopping new clip of My Immortal, exclusively with Kerrang!.

Filmed last autumn on the band’s incredible Synthesis tour, Evanescence are set to release state-of-the-art footage from the shows on October 12 via Eagle Vision – but you can get a taste of what’s to come early with this amazing footage below. Watch My Immortal now, and be sure to pre-order Synthesis Live right here.

Some say the greatest expression of love is a good end of tour prank. Well I love lindseystirling VERY VERY much!! This was my favorite moment of last night by far. Not only could I not… https://t.co/yElIW6RgMZ

A single spotlight shines, filled with fog as it illuminates Amy Lee, talented lead singer of the alternative rock band Evanescence. It’s a cold spring night in London and the Royal Festival Hall crowd is screaming along to every lyric of the five-piece’s new album, Synthesis. The accompanying orchestra, conducted by Susie Seiter, adds a beautiful depth to each piece. Everyone in the audience, from superfans to newcomers, is swept away by the performers’ immense stage presence.

Lee is a powerful vocalist and equally formidable on the piano, and when joined by her contingents, she truly comes alive. Passion is written across her face; the intense emotion that supplements each string of words says as much as the lyrics themselves do. Even with incredible drummer Will Hunt tossing his sticks and crafting outrageous fills, all eyes are on Lee. And whenever the singing isn’t completely understandable, the frontwoman makes up for it with her range: her highest notes are perhaps even more sustained than her natural lower register.

Under deep red and violet lighting, the crowd excitedly joins Evanescence in a lively performance of Bring Me to Life, which starts off soft but ends in a rousing chorus. In Lithium, Lee proves she sings just as well without the synthesised effects that have become one of the band’s hallmarks; Lost in Paradise, showcases the majesty of the orchestra.

Before performing My Immortal, Lee explains that their fans have given a new meaning to the piece. Each member works in harmonious unity throughout the piece, shining as more than a sum of their parts.

The concert is best represented by what the singer says towards the finale of the show, when she proclaims that people who enjoy songs “this emotional … feel a lot but don’t say as much [we] feel. The only way through is what we have together.” As much as the night is about music, it is also about coming together and feeling emotions – whether those be pain, pensive contemplation, or rage – as one. [Source]

Evanescence will be playing at the Foxwoods Resort Casino tonight!

Evanescence will be playing at the Foxwoods Resort Casino tonight! Get your tickets! http://bit.ly/2ynzhGE! They will be live streaming the opening of the show TONIGHT right  on their Facebook beginning at 8:45 PM EST! 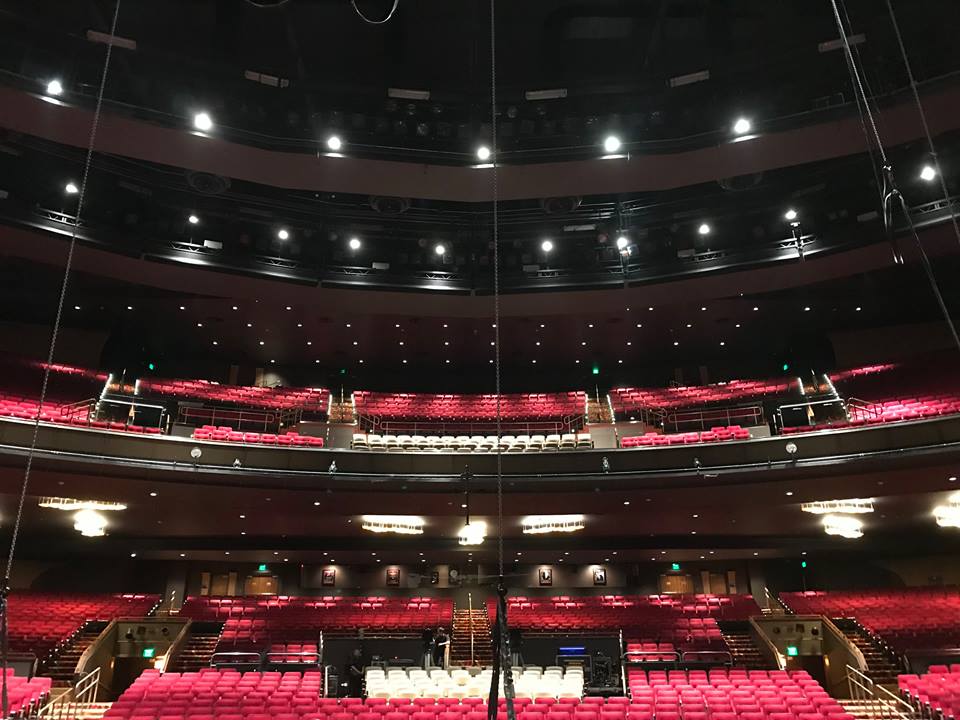